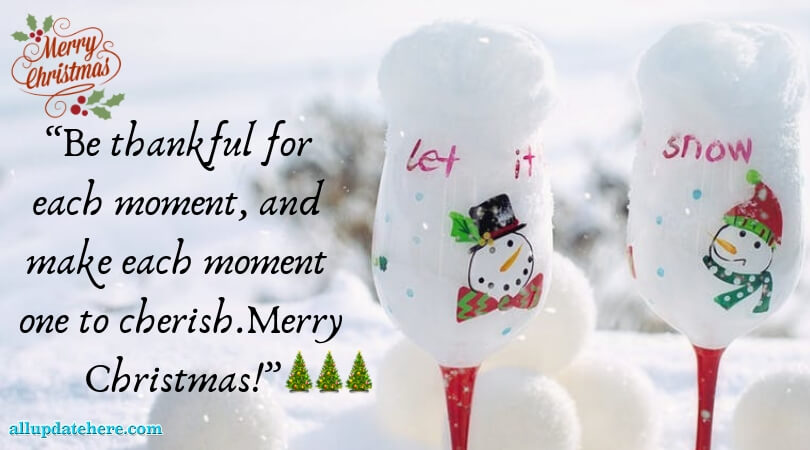 I’m learning Spanish – I got Rosetta Stone for Christmas.

My parents made a great sacrifice to make sure that we had something wonderful at Christmas, and through the help of the state and others, we were able to have a good meal.

No sane local official who has hung up an empty stocking over the municipal fireplace is going to shoot Santa Claus just before a hard Christmas.

I worked every day – Christmas Eve, birthdays – trying to become a great basketball player. Everywhere I went, I had a basketball.

I’m in an age bracket now where I can play the father of an adult daughter who’s going through her life issues, and she’ll come to me for advice while I’m wearing my Christmas sweater and swirling a cup of hot cocoa.

Giving is a really big thing around Christmas, as well it should be. Christmas is about giving, and it all stems from the greatest gift the world has ever received – the gift of Jesus Christ.

Adults are tempted to produce and perform Christmas for their kids and their families, and they arrive at Christmas Day weary and disillusioned.

The Million Dollar Man was to professional wrestling what Ebenezer Scrooge is to Christmas. He was like a rich bully. He bullied everybody with his money, and his motto was ‘Everybody’s got a price.’

My parents always had a Christmas tree in the house and I was put in ballet at a very young age. So every year I would be in ‘The Nutcracker.’

We used to listen to Lionel Barrymore do ‘A Christmas Carol’ on the radio long ago, and I like Reginald Owen, who played Scrooge in the first treatment for the screen. But my favorite Scrooge was Alastair Sim. He was enchanting, an absolutely beautiful performance.

I read everything. I’ll read a John Grisham novel, I’ll sit and read a whole book of poems by Maya Angelou, or I’ll just read some Mary Oliver – this is a book that was given to me for Christmas. No particular genre. And I read in French, and I read in German, and I read in English. I love to see how other people use language.

I grew up in Beijing and Beijing roast duck is my favorite. My mom makes it every year for Christmas Eve. How crispy the skin is is how good a duck restaurant is.

I saw the role my dad had in the community, helping people. At Christmas, people would come by with cards thanking him for helping with something for the business or their farm. And I just saw the impact.

My father was born on Christmas Day in 1934. He grew up in what is now part of North Korea. When the Korean War began, my father was 16, and he found passage on an American refugee ship, thinking he’d be gone for just a few days, but he never saw his mother or his sister again.

I make a huge batch of cinnamon buns on Christmas Eve and bake them off early Christmas morning.

The worst gift that I ever gave a girl was a suitcase for Christmas. As in, ‘I can’t think of anything to give you, but here’s a new suitcase.’ Afterward, I was like, ‘What were you thinking, idiot?’

I tend to think of Pluto and its moons as presents sitting under a Christmas tree. They’re wrapped, and from Earth all we can do is look at the boxes to see whether they’re light or heavy, to see if something maybe jiggles a bit inside. We’re seeing intriguing things, but we really don’t know what’s in there.

Christmas is a rare occasion when we are reminded that we have obligations to people we did not choose to be related to, and that love is not just a spontaneous feeling but something we sometimes really have to work at, with people we may not even much like.

The real reason Jews don’t have more Hanukkah music is that, historically, American Jewish singer-songwriters were too busy making Christmas music. ‘White Christmas,’ ‘Rudolph the Red-Nosed Reindeer,’ ‘Silver Bells’ and ‘The Christmas Song (Chestnuts Roasting)’ were all written by Jews.

Tiny quails may not seem as impressive as a mammoth turkey, but there is something refreshing about a spread of individual birds on the Christmas table.

Dickens was a part of how the whole celebration of Christmas as we know it today emerged during the 19th century.

My father died when I was young and I was raised by my grandmother, Emma Klonjlaleh Brown. We could afford to eat chicken just once a year, on Christmas.

I love the royal family. I even got up in the middle of the night to watch Kate and William’s wedding. And I never miss the Queen’s speech on Christmas Day. I feel it’s my duty as an English-born woman to watch.

I really love what Chuck Berry did with Christmas music, and also the Rat Pack Christmas stuff, which I listened to all through my childhood.

I think the people who are making Christmas-themed movies today feel that people are more cynical about Christmas. There’s more of an edge.

I love writing Christmas music. It’s some of the easiest songs to write… You draw from your own memories – it’s kind of a wellspring of inspiration, in a way. With other songs, you know, you spend six months just trying to figure out what to write about.

I was nine or 10 years old and my father was sacked on Christmas Day. He was a manager, the results had not been good, he lost a game on December 22 or 23. On Christmas Day, the telephone rang and he was sacked in the middle of our lunch.

I don’t normally try to stay trim over the festive period – a nice little shift dress and some tights always hide the Christmas bulge.

The best Christmas that l had was probably when I got my Xbox. When I first got an Xbox, it was, like, the very first Xbox when it came out.

It always depresses me when people moan about how commercial Christmas is. I love everything about it. The tradition of having this great big feast, slap bang in the middle of winter, is an essential thing to look forward to at the end of the year.

I think Christmas is a time for the whole family.

I was in ‘Christmas with the Crawfords’ with Joey Arias. I did that for six years, so I have a holiday show mentality a little bit.

My grandmother did all the cooking at Christmas. We ate fattened chicken. We would feed it even more so it would be big and fat.

All families had their special Christmas food. Ours was called Dutch Bread, made from a dough halfway between bread and cake, stuffed with citron and every sort of nut from the farm – hazel, black walnut, hickory, butternut.

In terms of the first Christmas when I met everybody, I went over to Nick’s grandfather’s house where they were having the big Christmas dinner, and they have this tradition of this thing called an oyster stew.