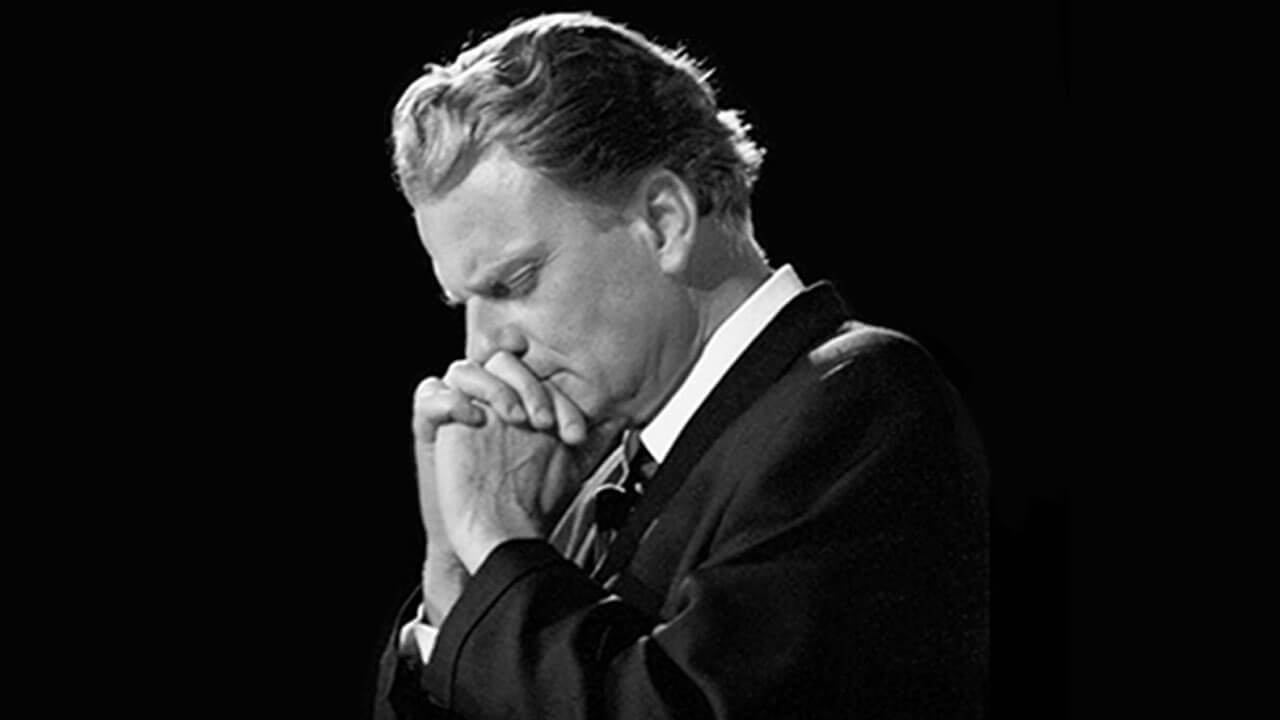 Evangelism is when the Gospel, which is good news, is preached or presented to all people. -Billy Graham

We have an idea that we Americans are God’s chosen people, that God loves us more than any other people, and that we are God’s blessed. I tell you that God doesn’t love us any more than He does the Russians. -Billy Graham

When Christians say God has been talking to them about something, it simply means they have a strong inner conviction or feeling that God has made His will known to them. -Billy Graham

Communism is a religion that is inspired, directed, and motivated by the Devil himself who has declared war against Almighty God. -Billy Graham

Christians are not limited to any church. -Billy Graham

The wonderful news is that our Lord is a God of mercy, and He responds to repentance. -Billy Graham

I’m grateful for the opportunities God gave me to minister to people in high places; people in power have spiritual and personal needs like everyone else, and often they have no one to talk to. -Billy Graham

Each generation faces different issues and challenges, but our standard must always be measured by God’s word. -Billy Graham

The Bible says today is the accepted time, today is the day of salvation… But there will come a time when it will be too late for you. -Billy Graham

My heart aches for America and its deceived people. -Billy Graham

I have discovered that just because we grow weaker physically as we age, it doesn’t mean that we must grow weaker spiritually. -Billy Graham

Make sure of your commitment to Jesus Christ, and seek to follow Him every day. Don’t be swayed by the false values and goals of this world, but put Christ and His will first in everything you do. -Billy Graham

Everywhere I go I find that people… both leaders and individuals… are asking one basic question, ‘Is there any hope for the future?’ My answer is the same, ‘Yes, through Jesus Christ. -Billy Graham

Success is always dangerous, and we need to be alert and avoid becoming the victims of our own success. Will we influence the world for Christ, or will the world influence us? -Billy Graham

The one badge of Christian discipleship is not orthodoxy but love. -Billy Graham

Politics has always been ugly to me, and yet I accept that as a fact of life. -Billy Graham

My father had a dairy farm. He employed three black families and one white family, and I used to play with black children. -Billy Graham

When I was young, I could not imagine being old. My mother said, and the doctor confirmed, that I had an unusual amount of energy; and it followed me into young adulthood. -Billy Graham

I was reared in the church, in the Presbyterian Church. -Billy Graham

I spoke to a million in one service, in Korea, in Seoul. And that was the largest audience I ever have had. -Billy Graham

For those of you who do not know Him, choosing your eternal home is the most important decision you will ever make. -Billy Graham

The greatest legacy one can pass on to one’s children and grandchildren is not money or other material things accumulated in one’s life, but rather a legacy of character and faith. -Billy Graham

The Bible is full of warnings about false prophets and false messiahs. These satanically inspired people have appeared in almost every generation of history. -Billy Graham

When I reached 80, my world turned upside down physically. I’ve had a lot of physical problems. -Billy Graham

Auschwitz stands as a tragic reminder of the terrible potential man has for violence and inhumanity. -Billy Graham

I am well aware that there are prisoners of conscience in the Soviet Union, including some who have said they have chosen to resist the law because of religious reasons. -Billy Graham

Those outside the church expect followers of Christ to live differently, yet today many in the church are chasing after the world – not to win them, but to be like them. -Billy Graham

What really matters is how God sees me. He isn’t concerned with labels; he is concerned about the state of man’s soul. -Billy Graham

I don’t have freedom in the United States to go into a public school and preach the Gospel, nor is a student free in a public school to pray, or a teacher free to read the Bible publicly to the students. At the same time, we have a great degree of freedom for which I am grateful. -Billy Graham

I think it is a sin to look at another person as inferior to yourself because of race or because of ethnic background, and I think the greatest thing to do is to pray that God will give you love for them, and I do. -Billy Graham

New York is definitely ready for the word of God. -Billy Graham

Some people spend their lives building ultimate dream homes so they can enjoy their twilight years… Others spend their last days in nursing homes. -Billy Graham

It is well known that the Soviet Union closely regulates all organizations and movements, including religion. -Billy Graham

Every human being is under construction from conception to death. -Billy Graham

No one can outrun death. It will catch up to all of us eventually. -Billy Graham

I am amazed at the wonders of technology and am grateful for the ways in which we are able to use it to share the Gospel around the world. -Billy Graham

No parent is perfect; we all can look back and think of things we could’ve done to help our children be better prepared for adulthood. And sometimes it’s best to admit it to them and encourage them to learn from our mistakes. -Billy Graham

The Bible says that as Christians we don’t grieve the same way people do who have no hope of eternity and of Heaven – but we still grieve. -Billy Graham

One of the things I miss most is that I can no longer read, due to age-related macular degeneration. I get regular injections for this, and thankfully these seem to have arrested its progress, but it’s still very difficult for me to read. That means it is hard for me to pick up my Bible and read it like I used to, and I miss that very much. -Billy Graham

Occasionally I’ve seen children become heavy-handed and insensitive when dealing with their aging parents, and it only caused resentment and hard feelings. -Billy Graham

I kept a very full diary of my relationship with Nixon, for some strange reason, until he became president. -Billy Graham

I believe that the greatest form of prayer is praise to God. -Billy Graham

My wife has about everything I can think of. -Billy Graham

Racism and injustice and violence sweep our world, bringing a tragic harvest of heartache and death. -Billy Graham

My family is very good about visiting me, and other friends as well. -Billy Graham

I think television has had a vast, unbelievable impact on us. -Billy Graham

Whenever I counsel someone who feels called to be an evangelist, I always urge them to guard their time and not feel like they have to do everything. -Billy Graham

As I approached my 95th birthday, I was burdened to write a book that addressed the epidemic of ‘easy believism.’ There is a mindset today that if people believe in God and do good works, they are going to Heaven. -Billy Graham

I’m grateful for the evangelical resurgence we’ve seen across the world in the last half-century or so. It truly has been God’s doing. -Billy Graham

Traveling around the world and preaching for over 70 years did not give much time for reflection. -Billy Graham

Let me ask you a question: If you never ate a balanced diet, what would happen to your body? You know the answer: Eventually you’d grow weak; you might even open yourself to serious illness or disease. We all need a balanced diet if we are to stay healthy. -Billy Graham

The second coming of Christ will be so revolutionary that it will change every aspect of life on this planet. The disease will be eliminated. Death will be abolished. War will be eradicated. Nature will be transformed. -Billy Graham

I fell and broke my pelvic bone in three places. So, I’m still sort of an invalid now. -Billy Graham

While I have never learned to use a computer, I am surrounded by family and friends who carry information to me from blogs, Facebook, Twitter, and various websites. -Billy Graham

Even Hubble hasn’t found yet the end of this universe, and we don’t know that it has an end. -Billy Graham

I think we’ve taken the meaning of Christmas out. People don’t stop and think about Jesus or the birth of Jesus. When they think of Christmas, they think of Santa Claus and – for the children, and they think of giving gifts and out-giving the next person of spending their time looking for the right thing for somebody who has everything. -Billy Graham